Over £2million Worth of Stock
Available From Our Warehouse

Stockport based catering equipment supplier Stephensons have managed to overcome some fierce competition to be named 2018’s
FPA Regional Distributor of the Year at the annual Foodservice Packaging Association’s Awards show in Brighton. 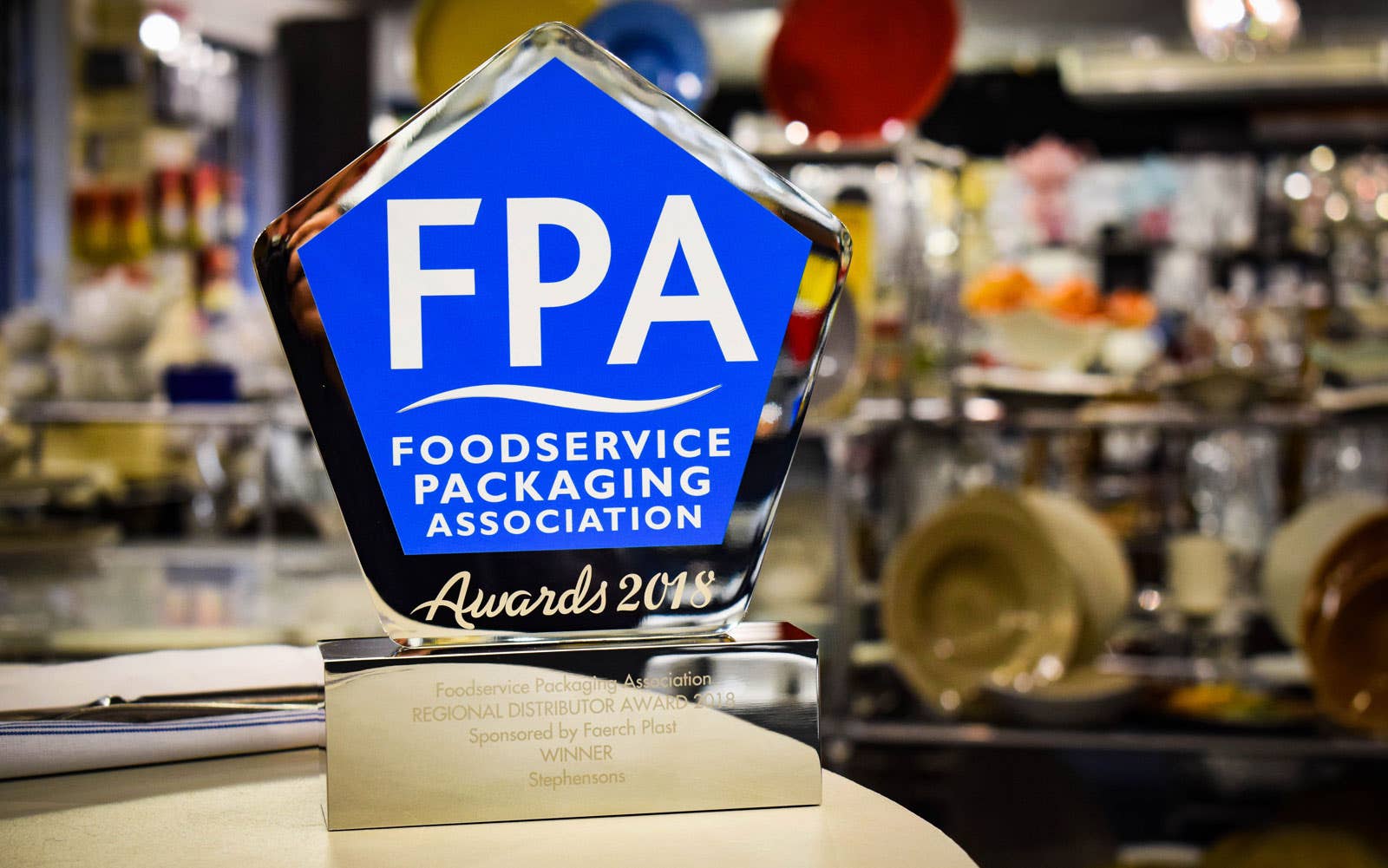 Thursday 8th March saw the industry-renowned event take place, with the beautiful Grand Hotel Brighton playing host to a night of celebration and recognition for excellence in the food packaging industry. As stated by FPA chairman Howard Collier in his introductory speech, it’s been a year of immense analysis and adjustment for the industry. This was reflected by the FPA’s decision to consider sustainability and the environment as a fundamental part of their judging stipulations.

The annual event was hosted by comedian Rod Woodward and attended by over 400 people from throughout the food packaging industry. The awards were preceded by the FPA Exhibition in the afternoon, which showcased some of the innovative packaging and products that are helping to shape the industry. The main attraction of the event though was of course the awards show, and Stephensons were up for a big one — Regional Distributor of the Year!

The Regional Distributor of the Year award commends excellence in food packaging distribution, taking into account quality, variety, price and sustainability. Notably, the award is voted for by actual customers who are asked to give a detailed account of their supplier. So, all in all, it’s quite the prize.

Despite some very worthy entries, it was Stephensons who picked up the trophy on the night — much to the surprise and delight of attendees Henry Stephenson and Julian Lewis Booth.

“Disposables and food packaging have become an integral aspect of our service over the last few years, so it’s an honour be recognised
by an organisation like the FPA. With the whole of our industry currently looking towards sustainability and the environment, it really feels
like a significant year to win. What makes it even more special is the fact that it’s our own customers who’ve had their say and I’d like to
personally thank them for choosing Stephensons.”

2018 marks 150 years in business for Stephensons and this award adds to a year of celebration that will include the launch of a new website and the release of their most extensive catalogue ever at Northern Restaurant and Bar 18 in Manchester. 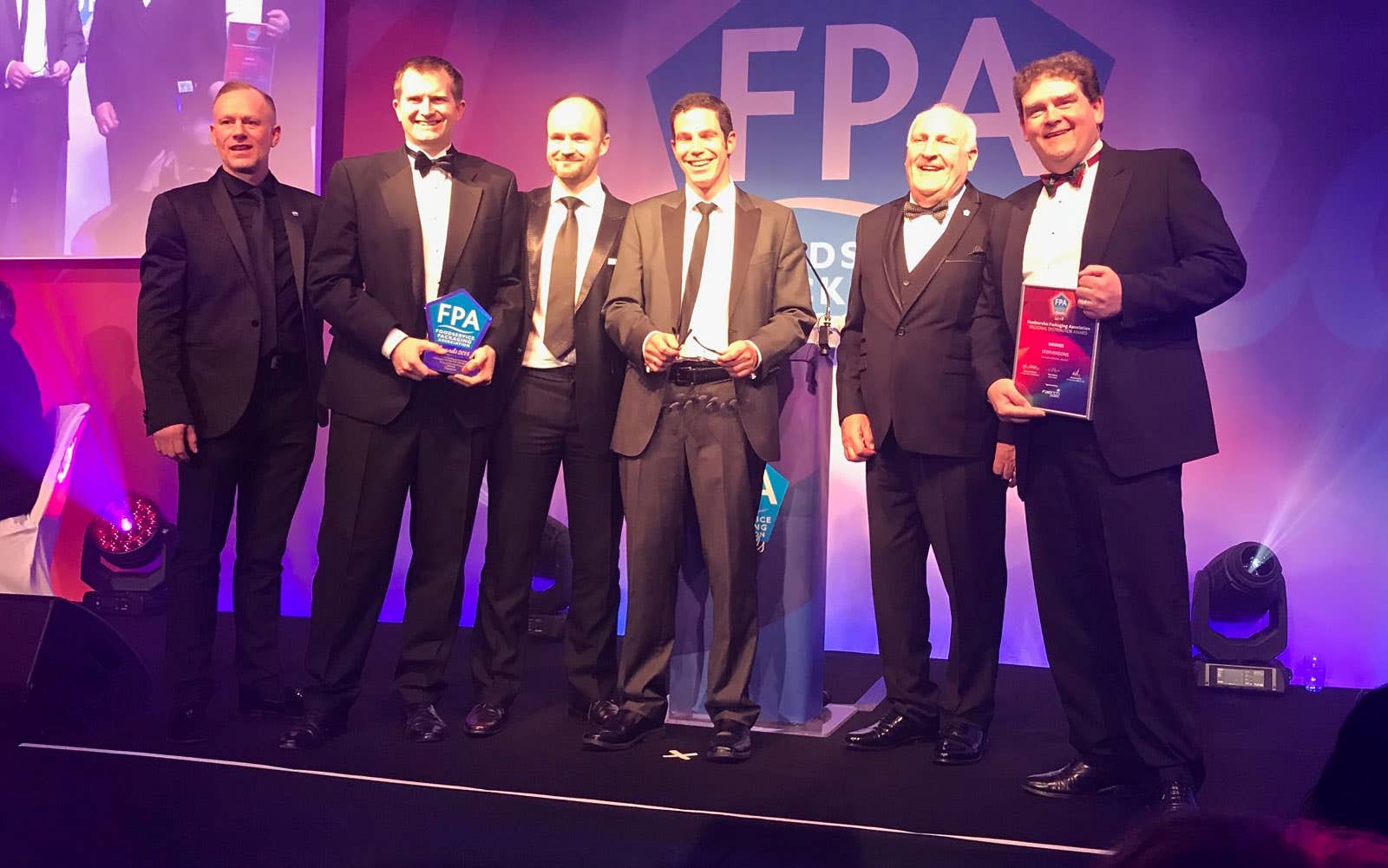